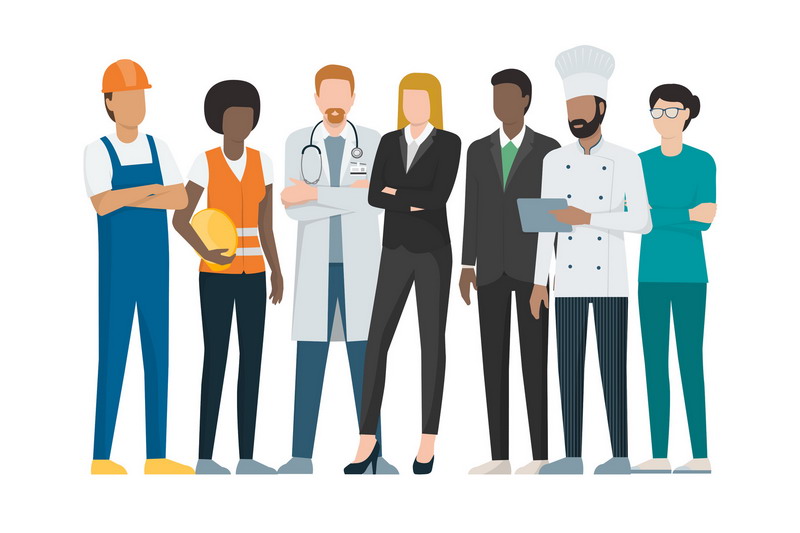 Search Google News for work uniforms and you will be treated to a lot of interesting stories. For example, did you know that Singapore’s national Postal Service just introduced new uniforms? Probably not. You also might not be aware that many of the big players in the airline industry change uniforms as frequently as the rest of us change shirts.

The thing about work uniforms is that they say something about the business behind them and the work employees do. That got this writer to thinking. Over the years, I have been called a man of ‘many hats’. Why? Because I have had many different jobs in my lifetime.

I thought it might be interesting to go through some of those jobs and the uniforms I wore at each one. Interestingly enough, I’ve had very few jobs that didn’t require a uniform of some sort.

My very first job was washing dishes in a pizza parlor. From there I moved up to making sandwiches and chicken wings, then to the front of the house, and finally to management. My employer required a very specific uniform: white painter’s pants and a company-provided T-shirt. Aprons were optional, but I had to wear white if I chose to wear one.

This is actually a fairly typical uniform for pizza joints. About the only difference today is that some pizza places are okay with jeans. But branded T-shirts, branded baseball caps, and white aprons are pretty common throughout the industry.

A job I had in my mid-20s involved delivering cotton diapers to local homes. I also picked up soiled diapers at the same time. My uniform was a basic blue industrial uniform. The pants were dark blue while the shirt was a lighter shade. My uniform had a name tag on the right breast of the shirt.

That job eventually transitioned into commercial linens. Even though I was with the same company, my uniform switched to gray. Diaper drivers wore blue; linen drivers wore gray. I asked why. I was told that blue was a more comfortable color for mothers with young children. Gray was more professional for linen customers.

A few jobs later I found myself working in the inspection department of a machine shop. I ran computerized robots that measured part tolerances. What was my uniform? Business casual under a white lab coat. I was fascinated by the lab coat because it made me appear quite professional and scientific – even though I didn’t think of myself as such.

I’ll be honest and say that the lab coat made me feel more professional. It didn’t hurt that I started at the machine shop as a manual laborer on the floor. My white lab coat signified that I had stepped up the ladder into a more professional environment with better pay and more opportunities.

Thinking back on it, I have come to realize that all of my work uniforms combined both function and aesthetics. And trust me when I say the three described in this post do not even scratch the surface. I have had many more jobs with many more uniforms.

At any rate, Salt Lake City-based uniform rental company Alsco confirms my understanding: companies design their uniforms based on a combination of function and aesthetics. Function is specific to an employee’s job type. Aesthetics are about branding, company image, and so forth. Both function and aesthetics are necessary to design the perfect uniform for any job. Now in last decade of my working career, I finally get it.

Free Yourself From Riches, Religion and Politics

10 Benefits of Locksmith Services: How They Can Help You Secure Your Home and Business

How To Choose The Perfect Caption For Your Instagram Posts